I struggled last Friday. As a parent who buried a newborn some 29 years ago, I still remember every detail of what it was like to go to bed that night without my baby girl in my arms. I remember every minute of leaving the hospital with only flowers sitting in my lap. I remember the desolation in my soul as we drove home and I had no words to speak. I remember drifting off to sleep hoping I would wake up in the morning and find the day to be a horrific nightmare and my daughter in my arms. Instead the day dawned and my body sensed consciousness coming. I fought opening my eyes, moving my body, even taking my first breath as I did not want to be in a world where my daughter was not. 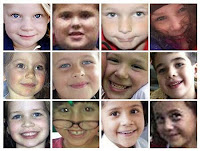 I cannot imagine how the 20 parents of the 20 children went home that day without their child, or how they managed to finally drift off to sleep or how they woke up the next morning. I don’t want to know. I only know that their children were the ages of my grandchildren. I held my breath and prayed throughout the day as the new reports were updated. I cried and sobbed as I read the account of how 20 children were gunned down of how a courageous young teacher put her students in the cupboard and told the gunman that she had sent them to the gym and then was shot while her children were hiding in the closets she had put them. I can’t imagine what those little souls were going through as they hid in those closets and heard that gun fire and their precious courageous teacher die. My heart ached to hold each one of them until they were ready to let go. 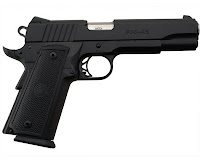 I am angry. I am angry that once again America refuses to protect the most vulnerable. I have lived and worked here in America as a professional in the field of social services. I have seen first hand how this country hates children, ignores them and abandons them all the while starting wars under the guise of protecting the weak in other countries. The bottom line has always been money. All we have to do is look at the national budget to determine where this countries values lie. We can lie about our values and the numbers however the numbers tell the truth about how we feel about children who live in America. 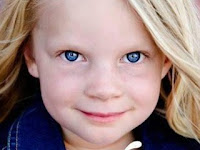 We know that gun control will protect those who cannot protect themselves. Senseless killings of children hit the media when it is a mass killing like last week. However anyone who has ever worked in the field of domestic violence can attest to the killings of children by a parent who kills them and the custodial parent that never make the mainstream news. We have had enough! Our Children ARE our FUTURE. They are small under developed human being totally dependent upon our ability to care, nurture and protect them. It is time we step up as a nation and take this responsibility seriously. More seriously than we take our right to own our possessions. Children are the gifts in our lives to ensure posterity.

I am going to add to this posting as sites come up and on board. Be a part of history and take action now, social reform on behalf of children who are living on American soil.

“We are writing as concerned citizens who are asking Congress to take action against America’s lax gun control laws. We specifically ask that: 1. The assault weapons ban be reinstated and strengthened as suggested by Senator Feinstein. 2) America closes gun show loopholes that allow private buyers to avoid background checks. Common sense dictates that every gun purchaser should undergo a background check.

We also hope that issues such as ammunition and magazines are addressed. Please consider common sense solutions to the lax laws and loopholes that have resulted in a dangerous proliferation of assault weapons. We are not asking the American Government to ban guns; we simply support common sense solutions to gun proliferation and lack of oversight that might reduce the prevalence of repeated gun violence in America.”